Time to Blow Up The Entire Redskins Front Office 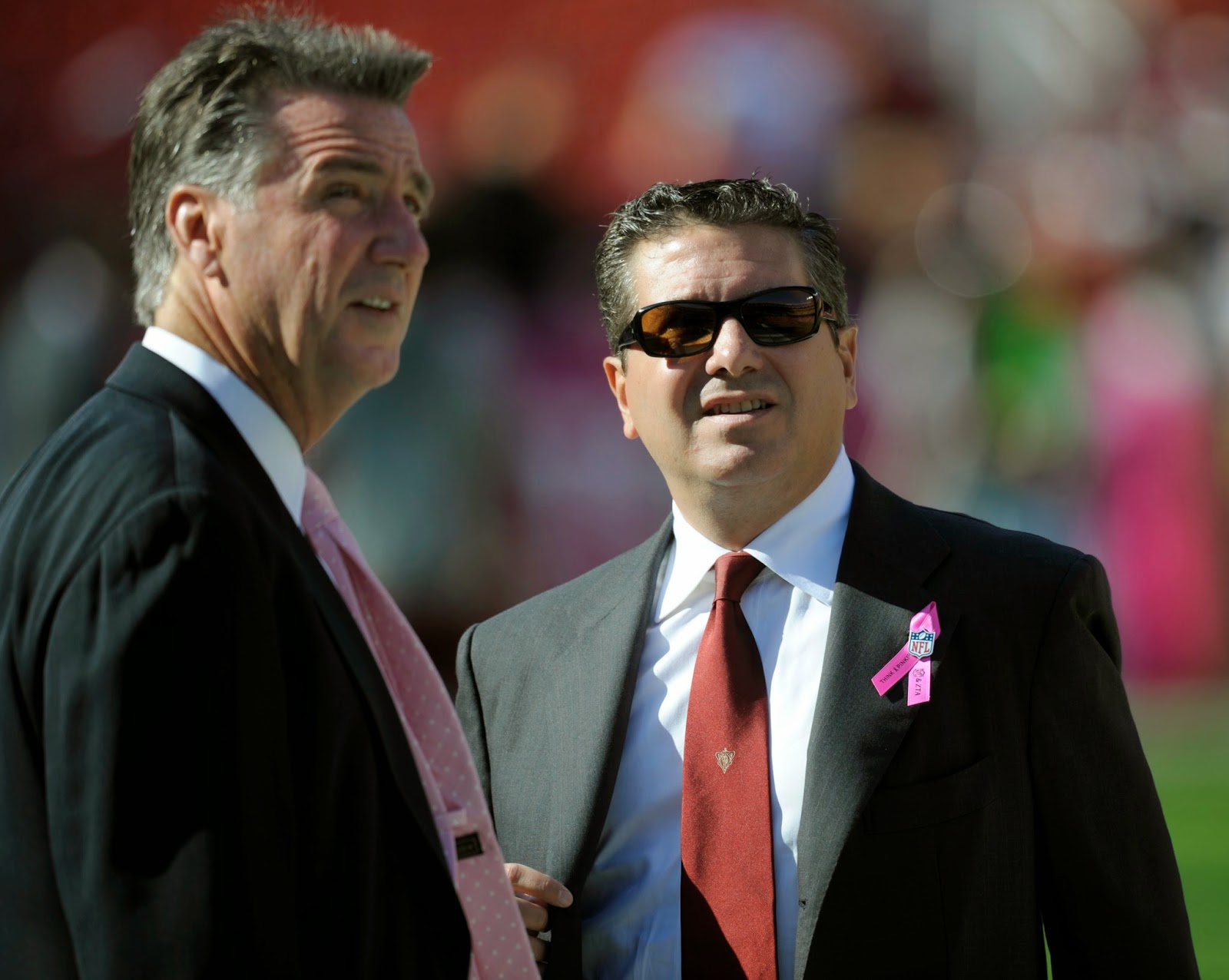 When I started this blog back in 2009, I wanted to bring a fresh new take on the Redskins and offer new ideas on how the fix the franchise and get back to winning ways.  I was very adamant on owner Dan Snyder to fire Vinny Cerrato and Jim Zorn. I was adamant on Snyder needs to not get involved on player personnel decisions. So, when they hired Mike Shanahan and Bruce Allen in 2010 , it appears that the Redskins were heading back to their winning ways and the roster had to be overhauled. Seriously, they had a former Super Bowl winning head coach, an experience talent evaluator, and an experience general manager with salary cap experience. Finally, Snyder was taking a step back in football related decisions, and he focused on activities outside of football.

Five years later, and 10 months after the firing of Mike Shanahan, the entire Washington Redskins organization is still a absolute joke. The 2012 trade to draft quarterback Robert Griffin III in 2012, and the salary cap penalty has put the franchise in a bad spot. On a positive side, Griffin did led the Redskins to a divisional title in 2012, while the Rams haven't been to the playoffs since the trade.

However, the trade led to major holes on the secondary, safety, middle linebacker, defensive line, offensive line and special teams. As a result, the Redskins are one of the worst teams in the league.

Quarterback Kirk Cousins is a turnover machine and he's become the second version of Rex Grossman. Defense doesn't have any talent, can't make stops, and create turnovers. Special Teams is a disaster because they continued to set awful field position on a weekly basis. In the loss to the Arizona Cardinals last Sunday, the offense had 15 offensive possessions. The Redskins best starting field position was their own 36. Their worst was their own seven. On average, the Redskins started at their own 20. The Redskins are on track to have one of the worst starting field positions in the NFL for the second straight year.

More importantly, the Redskins do not know how to win a football game. Going back to week 10 of last season, the Redskins have one victory in their last 14 games. These amount of losses can destroy the morale of the locker room and player confidence. Therefore, it's very easy to explain why the Redskins are 1-5 and in last place in a much improved NFC East.

Dan Snyder may have stepped back on football operations, but his football team is a complete mess.

If Snyder truly cares about the organization, he will need to overhaul the entire scouting department, personnel department, and the general manager after this season. That means Bruce Allen,Scott Campbell, AJ Smith, and Doug Williams will need to find new jobs with other NFL teams. Snyder does respect Allen and trusts him on football related decisions. However, Allen and his scouting department completely mismanaged the roster in the off-season by giving linebacker Brian Orakpo a franchise tag for $11 million. The Redskins could of use that money to acquire young gems in the draft or get a couple of offensive linemen in free agency. Instead, they committed $11 million to a linebacker who has a half sack this season with no force fumbles and interceptions. Also, the Redskins draft picks from this season and the last two seasons haven't really worked out at all. Rookie linebacker Trent Murphy is not an impact player, cornerback David Amerson can't stay healthy, and linebacker Perry Riley is an average linebacker on his best days.I Finally, Defensive Coordinator Jim Haslett is still with the organization. How he kept that job for five years is absolutely amazing.

Allen is a great salary cap expert and he will not overspend on free agents, but he's not a talent evaluator. To be honest, I have no clue who's making the final decision on evaluating talent.

Snyder thought he learned his mistake five years ago, but right now, it feels like the Vinny era again.  As this season continues to get worse and sense of apathy settles on the fanbase, Redskins fans have to ask this question every week.

Will Dan Snyder ever learn his mistakes and hire a general manager with NFL talent evaluating experience?

Image: Courtesy of the Washington Times
Posted by YasinJ