At 1-3, The Washington Redskins Season Could Be Spiraling Out of Control 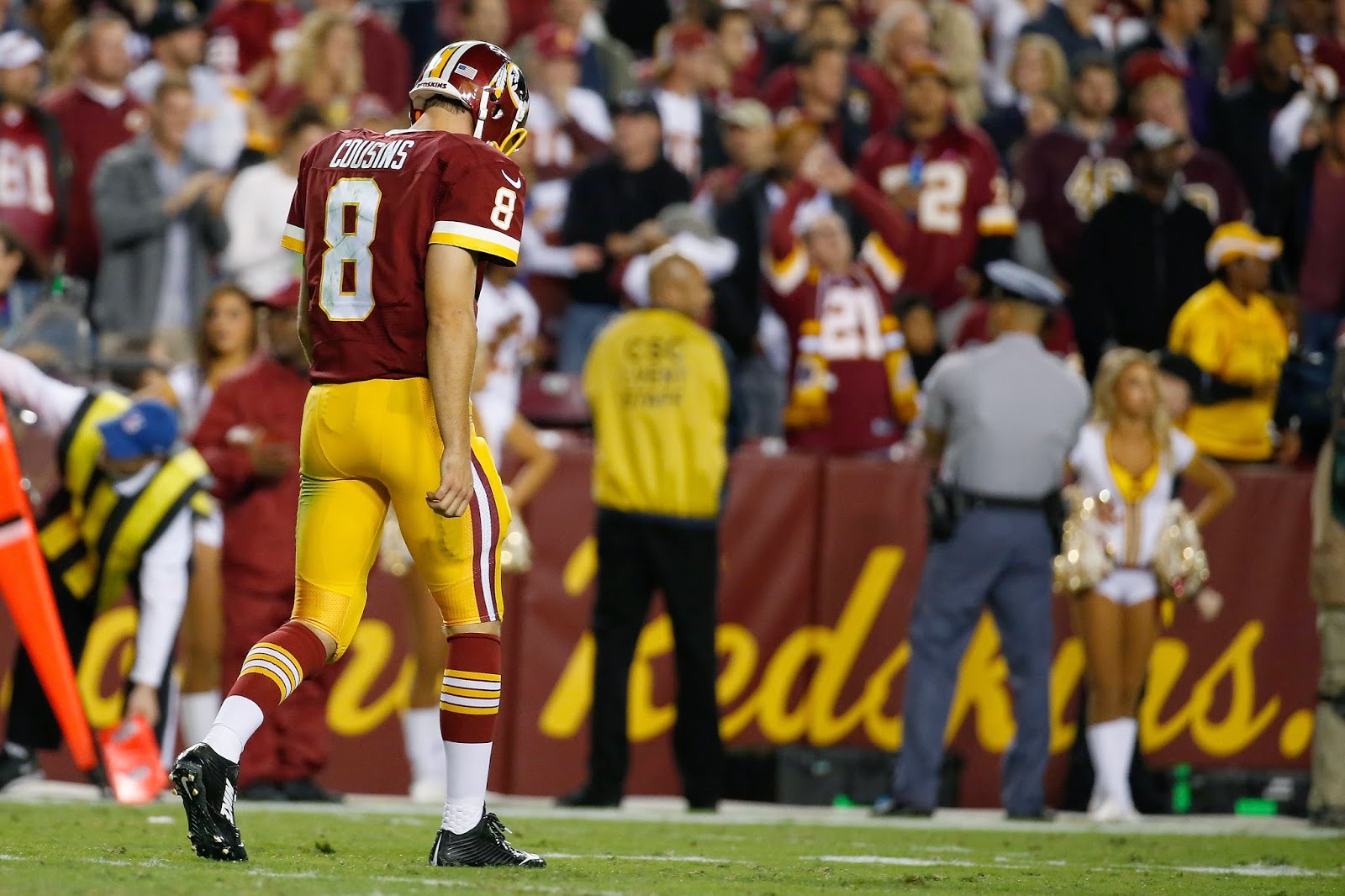 After losing to the Philadelphia Eagles 37-34 in heartbreaking fashion, the Washington Redskins returned home in a short week to host the New York Giants in a key divisional game last Thursday Night. The Redskins were hopeful to bring in an inspired performance and get their first divisional win in two years.

Bu as usual in a primetime game, the Redskins did everything they could to anger and divide the entire fan base even more by losing to the Giants 45-14. Quarterback Kirk Cousins threw four interceptions, a lost fumble, two sacks and one touchdown pass. All four of his interceptions occured in the second half, and he went 1-8 on third downs. Suddenly, the Kirk Cousins supporters all suddenly went from comparing him to the next version of Tom Brady to Rex Grossman. Cousins just wasn't the same player he was a few days vs the Eagles. He couldn't handle the pass rush from the Giants.

At this rate, the fan base and the media should evaluate Kirk Cousins as a rookie, even though it is his third NFL season.While Cousins sample size is still small, if he continues to struggle in the next few games or so, then Robert Griffin III will get his starting quarterback job back when he's healthy to return. Third string quarterback Colt McCoy could see playing time if Griffin is not ready to go.

The Redskins defense showed that they are what they are as a unit, despite dealing with a ton of injuries. The secondary became extremely thin when De-Angelo Hall suffered a season ending torn Achilles injury at Philadelphia. This left the Redskins relying on second year corner David Amerson and rookie Bashaud Breeland as their top two cornerbacks along with veteran Ryan Clark.

The defense never stopped the New York Giants offense.  Quarterback Eli Manning throw for five touchdowns, three of them to tight end Larry O'Donnell. The Giants kept throwing the ball towards the middle of the field and the Redskins couldn't stop it. Also, Manning had his third rushing touchdown of his career, and all three came against the Redskins.  Basically, the Redskins defense look like a junior varsity defense right out of high school.

So at 1-3 through the first quarter of the season, and 0-2 in the NFC East, the Redskins season could be spiraling out of control and they look like a team with no identity. As if anything can't get any worse, they Redskins will play their next two games against NFC West opponents. They will host Seattle at FedEx Field next Monday Night, then travel to Arizona on the road. It is very possible that the Redskins could be irrelevant before Halloween.

In the next few weeks, we will either see the Redskins play with pride, correct their awful mistakes and possibly save their season, or continue to be a bottom-feeder team in the NFL.