My Interivew With Danny Rouhier From 106.7 The Fan 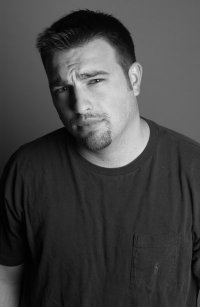 My good friend Josh Feldman of Entertain This help me collaborate our interivew with Danny Rouhier from 106.7 the fan. Danny is a stand up comedian from New York City and he heard weeknights on 106.7 the fan with Bill Rohland on their evening show called "Overtime with Bill Rohland". The entire interview is posted on Entertain This website, which is a entertainment news site that features news about music, movies, pop culture, environment, and sports. I write for this site to cross promote skins take into a wider audience. If anyone is interested in writing for Entertain This, please send an email to entertainthisnow@gmail.com.

Anyway, here is the interivew with Danny based only on my four questions I ask him recently.


1) Do you think the Redskins will ever win the Super Bowl under Dan Snyder’s ownership?

"Hard to say.  Words like ‘ever’ or ‘never’ are always a bit risky, especially in sports.  What if, in 50 years, he’s still the owner but instead of the impatient tyrant that makes life at Redskins Park miserable for everyone that works there, he’s just a nice old grandfather who owns the team in name only?  What if he goes all George Steinnbrenner on us and lets smart people run things for a long time?  The point is, I guess, that I wouldn’t say anything is absolute in sports.  That said, the way he does business now (although for the time being empowering Shanahan is a nice start) is not conducive to winning.  Just look at the comments of former employees over there.  And these little ribbon cuttings and PR moves to show you a kinder/gentler Dan Snyder?  They’re a farce.  It’s another in a long line of PR moves designed to make sure the fans buy in again next year."
2)  How did you get started with comedy?


"I was always a jock and was really outgoing.  I always knew in the back of my head that I wanted to perform.  I loved attention, being in front of people, talking in big groups, and really, the sound of my own voice.The only outlets I had growing up for performing would have been doing plays and musicals.  We all know that musicals are terrible terrible things that should be banned.  I had no interest in reciting someone else’s lines or hanging with the drama kids (I know they didn’t want me around either).  I got a baseball scholarship and when I was in college, never had time for anything else.  I had 2 experiences though that looking back, had a profound affect.  Pablo Francisco came to my school and put on a show and the other, an improv troupe opened up for David Spade.  As I watched the improv show (they did a good job btw), I thought to myself: ‘I can do this. They are just relaxed and having fun with each other.’  That feeling stayed with me for many years.  But, when I went to see Pablo, he DESTROYED for an hour with nonstop energy and killer joke after killer joke.  Everything he said was hysterical.  I left that show feeling like I could never ever be a standup comic.  If that is what it took, then I had no chance.  I regret that feeling nearly everyday.  It’s why I didn’t start for years after graduating.  I took an improv class for fun on a weekend.  I met a couple stand up comics who were really nice guys.  I got some help writing jokes then got myself on an open mic.  In those 5 minutes at a gay hipster coffee house in Dupont Circle, I realized what I wanted to do with my life."
3) Do you think the Redskins have a better chance making the playoffs or finishing 7-9 or 8-8?
"This group, as they are built is not going to the playoffs.  They are not talented enough across the board.  This team doesn’t have players to fit their 3-4 scheme at this point and the offense lacks playmakers and quality O-linemen beyond rookie Trent Williams.  There are a couple nice stories (guys like Brandon Banks, Anthony Armstrong, Keiland Williams etc) but not front line NFL starters at this point.  I said before the season (you can look up the audio!) that this team would go 6-10.  They are the oldest team in the NFL and have a lot of work to do if they want to be competitive."
4) How do you feel as a fan when the Redskins were embarrassed once again on Monday Night Football at home against the Philadelphia Eagles?


"Furious and Sad.  Furious because I’m tired of being a joke.  I’m sick of getting made fun of in the bar or when I’m on the road.  I’m sick of being the punchline when I tell people that I’m a Redskins fan.  The team puts me in that spot and it’s not fair.  Long after these current players are gone, I’ll still have these last 20 years of complete buffoonery to look back on.  I have to deal with with being a laughingstock year after year and I’m not alone.  This fan base has suffered indignities like few others.  Not just in the team’s poor play but in the attitude of the team towards a loyal and committed fanbase (charging us to go to training camp, outrageous parking prices, suing fans, banning signs etc.).  Games like Monday night bring all that back into focus and it makes me livid.
That game also made me sad.  Even though intellectually, I know they are not good still, that glimmer of hope is always there.  In the back of my mind, I believe that maybe this is the time they do something magical.  I’ve seen other teams do it, maybe we can too?  You try and keep that feeling quiet but it’s always there.  And when you get embarrassed like that, when everyone around the league is watching, it’s just depressing.  I get upset… then I get upset at myself for being upset because I knew better.  I knew they weren’t any good so why I am I surprised?  It’s a terrible cycle.  All I want is for them to be good.  I want it so bad.  I want that feeling again that I had when I was a kid.  But you know what?  More than anything else I want other fan bases to suffer, I want the eagles/giants/cowboys fans to have to eat giant piles of dung when the Redskins win the Super Bowl.  I want them to feel like I’ve felt for the last 20 years.  Then I want them all to apologize to me for being terrible people who are fans of evil teams that no one with a brain would like.  Then I want to tell them that I do not accept their apology and they can go pound sound.  Then I want them to ask what that means as they get taken to a desert and are left there forever."
Posted by YasinJ