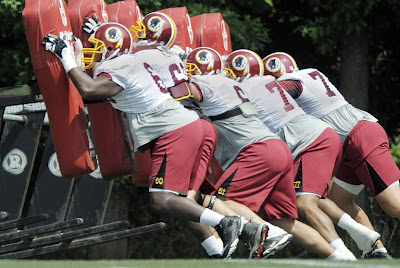 Today the NFL announced its 2010 preseason schedule, and the Redskins don't have any preseason games nationally televised this season, thank god. Also, training camp will be held once again at Redskin park in Ashburn Virginia for the eighth straight year.

Given that the team has a new head coach and GM, it will be nice for them to travel to Dickerson Pa for training camp to bring back some glory from the past and get out of the D.C area for a couple of weeks or so. Anyway, here is the 2010 Redskins preseason schedule.

Note: Game times and exact dates will be updated when it becomes available. All preseason games will be televised on Comcast Sportsnet and WRC-TV NBC 4